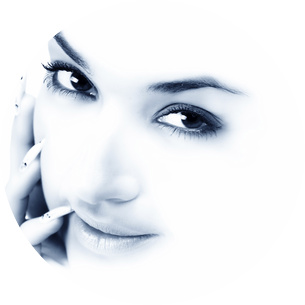 Its pigment can be used in high concentrations without any risk of clogging, which affords the formula a special intensity.

The meticulous selection of film-forming polymers means it is long-lasting and offers superior waterproof and friction-resistant qualities.

Its reduced drying time and high viscosity means it provides excellent coverage with no risk of it collecting in wrinkles.

The treated carbon black particles are significantly larger than those in standard carbon black. Even after the ink is mixed, their size is still greater than 100 nano microns (see the SIKEMIA report).

The efficient preservation system does not contain any Methylisothiazolinone and only negligible quantities of a single paraben (Methylparaben).